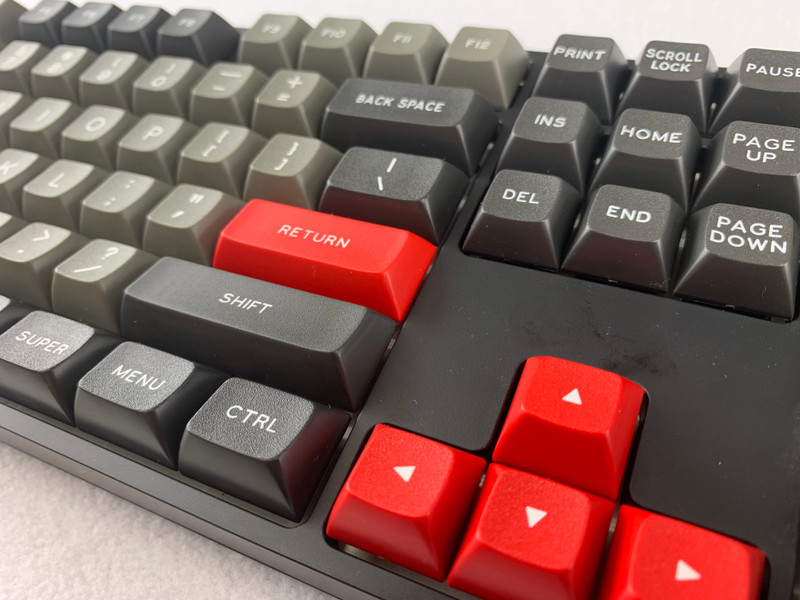 Dolch is the first custom set to be produced on the recently re-commissioned DSS tooling. This tooling was built in the early 80's to offer a sculptured look to the popular DSA profile. It is a medium height profile, shorter than SA, with a textured spherical touch surface and smooth sided like DSA. The DSS family had a relatively short life as it lost it's commercial appeal to the DCS family which had a more popular cylindrical touch surface. Old keyboards populated with the DSS family would be a rare and valuable find today.

The following Dolch kits are available:

Future DSS sets will only be run in ABS material. PBT blanks or sublimated keys will not be an option for this family.

Individual Keys - They can only be ordered if they are part of the existing pack. Orders will be refunded for keys purchased that are not already included as part of a pack.

Alternate Keys - Identify the key size, the row, and the description of the key you would like to purchase. Only keys included in this image can be ordered as Alternate Keys.