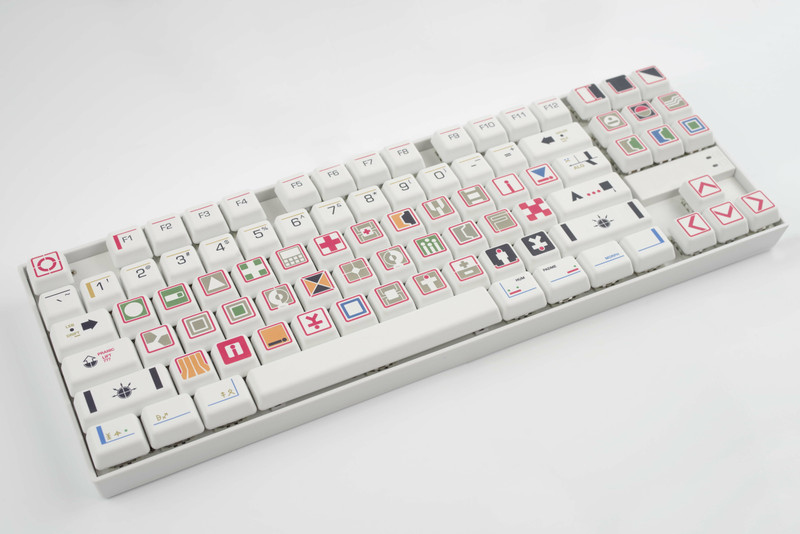 Back by popular demand, the G20 “Semiotic” Keyset was first released in 2017.

This unique keyset, designed by Zslane, was inspired by Ron Cobb’s “Semiotic Standard for All Commercial Trans-Stellar & Heavy Equipment Transport Craft” from the movie Alien.

Zslane specifically chose the G20 family because it allows for a wide variety of international and alternate layouts without any concern for row profile or legend incompatibilities.

And as an added bonus to international users, the newly retooled G20 family now offers an ISO return key.

Another interesting benefit to this symbolic design is the ability to arrange the keys however you like meaning no two keyboards (or emergency destruct panels) need ever look exactly the same. Arranging a G20 Semiotic keyboard is almost an art project in itself.

The G20 Semiotic Keyset is only offered in our PBT white WAN with sublimated text.